Elsie’s Journey, A journey of self-discovery 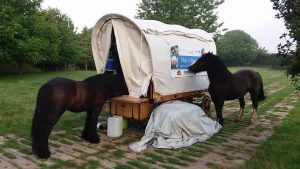 Elsie’s Journey wagon, Bear and Arnie in the UK

Elsie’s Journey…How did we do?…

Our journey had to be cut short due to some minor horse related problems and a lack of time. we managed to cover 876 miles in total and got so close to our end target… We hope to one day return and finish the last of the journey to the Mediterranean

The funds left over in the journey fund have been added to the charity fund making a total for the charities of over £12,000!

We are very proud to have raised so much and grateful of the support we have received in donations, gifts in kind and help through every step of the way.

The journey through England

On November 27th 2016 Baby Elsie passed away at exactly a month old. 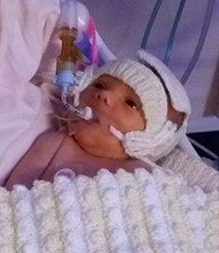 Elsie was born with a rare genetic problem that has taken over 18 months to find. The condition affected Elsie’s movement amongst other problems and meant that she could not move or breathe un-assisted.

Despite the hard work and dedication of the consultants and nurses at the Liverpool Women’s Hospital, Elsie’s complications from her condition meant that there was nothing more that could be done for her and treatment was stopped.

This condition has been found in less than 20 cases worldwide and was only identified in 2016 but with thanks to the 100,000 Genome project and the Clinical Genetics team at Liverpool Womens Hospital we have an answer and a test for future pregnancies.

Thanks to this testing we have managed to have a successful pregnancy and now have a baby daughter called Beatrice Elsie Gregson.

We Wanted  to make a legacy in Elsie’s name and this is what we did!…

A one thousand mile journey by Horse and wagon.

To donate to the charities:

Or to help fund the journey itself visit:

Over the years Phill and Emily have travelled all over the world by conventional means, maybe it’s time for a change? To fundraise to their full potential it would make some sense to do something with their specialised skills and abilities.

Phill is a Master wheelwright and has built all manner of horsedrawn vehicles so has no problem getting his head around any vehicle issues.

Emily is a qualified veterinary surgeon and despite not specialising in horses can tackle a lot of potential horse health related issues.

“Sometimes it’s not the destination that’s important but the journey, slowing down the pace in this modern quick fix society might be the change that helps us out of these dark, sad days” Phill.

From Wheelwright’s shop in Lancashire to the Mediterranean coast of France via some important detours is approximately one thousand miles.

The Journey would take them past many landmarks that represent their story and their history. Using their skills and determination to help others along the way, raising funds, learning, teaching and having an adventure.

The route through England and France takes in some of the most stunning and breath-taking scenery in Europe. Navigating the backroads over hill and vale may make the journey longer but would be worth every mile. The latter sections of the journey through France follows the river Rhone and much of the journey presents the opportunity to ride the horses into rivers and lakes for a swim and a cool down after a hard day’s travel.

The ideal window of opportunity is summer 2017, mid July, August, September and beginning of October. This would fit in with the best weather and it is the only time Emily and Phill would be available to undertake the journey.

Given that the summer season should be warm it would make sense to use a lightweight vehicle based upon an American style shepherd’s wagon. These vehicles are capable of being pulled by a single horse under most road conditions and are big enough to carry all the wares needed for day to day living/survival.

The vehicle would be built at Phill’s Wheelwright’s shop based upon basic continental, British and American styles of construction.

The horses would have to be sourced and potentially trained to pull the wagon. For the style of vehicle and the conditions expected it would be a good idea to take a pair of gypsy style coloured cobs. Cobs are hardy, great workers and look great pulling a wagon. They also tend to have a good temperament and a character that makes them loveable. The general rule would be to drive with one horse and alternate them daily to maintain their condition and reduce the workload on each individual.

The aim would be to travel light and to improvise where possible. Much of the journey will be on back routes away from civilisation so cooking with the bare essentials might become very necessary.

The Wagon would double up as a mobile home. Inside the wagon will be a fold out bed for some comfort.

Phill is a time served master Wheelwright from Lancashire. He is the fourth generation of his family to make wooden wheels and is very proud of his history. Renowned for his practical skills and abilities in difficult situations Phill has travelled and performed research all over the world earning himself the position of Yeoman of the Worshipful company of Wheelwrights and has been welcomed as a fellow of the Winston Churchill memorial trust. 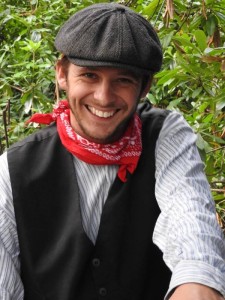 Emily is a qualified veterinary surgeon BVSc MRCVS, working in a local surgery treating small animals. Emily qualified from the University of Liverpool in 2014 and has been at Phill’s side for nearly 10 years enduring his journeys and adventures in good humour. Emily has practical experience from working alongside her husband and was runner up artisan apprentice of the year in 2009. 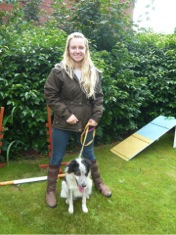 Aaron is Phill’s 13 year old son. He has Phill’s thirst for adventure and loves to help others. He likes challenges such as climbing Snowdon and Scaffell Pike. His hobbies include camping, walking, quad biking, computer games and drumming.

Pann and Pepper are the family dogs, Border collies, that get to go on many adventures all over the UK. Pann is a rescue dog, she had a lot of issues at 1st but is now a loving, entertaining and happy collie. Pepper has been with the family since he was a puppy. He’s so laid back he is usually horizontal. These two dogs love to travel and to entertain with their tricks. Pepper’s hobbies include eating, long walks and fetch. Pann struggles with fetch as she would rather run around barking. Pann loves to run and bark… a lot. 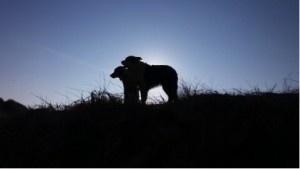 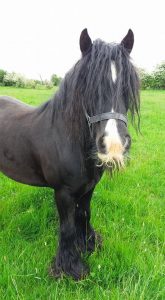 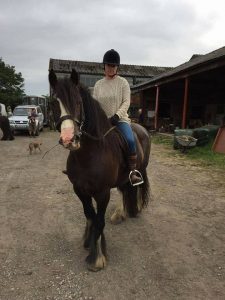 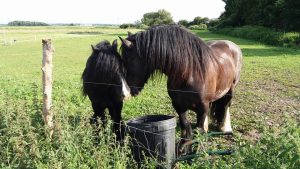 Both our boys are lovely caring little cobs, very friendly and fun to work with!

We had a candidate in Sally and we hoped she would have been perfect for the journey… little did we know but she was in foal!

Sally is expected to have her foal in August, there will be updates as soon as she has her foal. 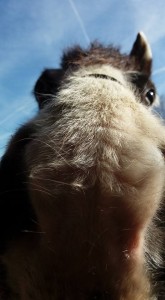 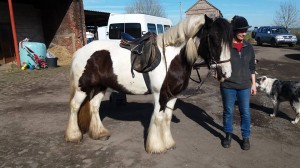 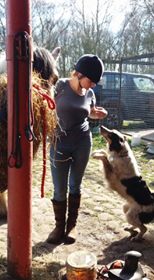